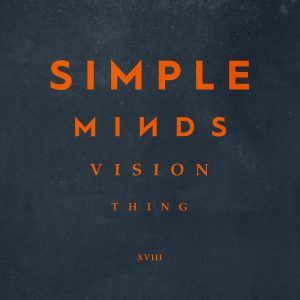 Simple Minds will be headlining the first night of Radio 2’s 30,000-capacity Live In Leeds concert on Saturday 17th September. Following this news, BMG release ‘Vision Thing’, the first track to be taken from the band’s eighteenth studio album Direction Of The Heart.

Currently playing acclaimed shows throughout Europe (“Back in fashion and back on thrilling form.” The Times), Direction Of The Heart is Simple Minds’ first album of new material since 2018’s outstanding UK Top 5 album Walk Between Worlds. Throughout its nine tracks Direction of The Heart finds the band at their most confident, anthemic best on an inspired celebration of life, none more so than on lead track ‘Vision Thing’.

‘Vision Thing’ is a euphoric song – all pounding drums, synth washes and the unmistakable guitar-playing of Simple Minds’ lifelong six-string wonder, Charlie Burchill. With music written by Burchill and lyrics by frontman Jim Kerr the song is a tribute to 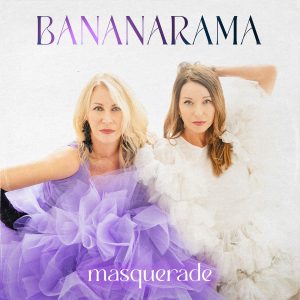 New single ‘Masquerade’ is released on Wednesday 15th   June. ‘Masquerade’ sees the duo reunite with producer Ian Masterson, with whom they also worked on 2019’s ‘In Stereo’ – their highest-charting album since the late ’80s – and 2009’s ‘Viva’. The track is a pulsing slice of club pop with a hint of Pet Shop Boys in its musical DNA and lyrics that tap into our growing awareness of identity.

“When we were all in lockdown, there were a lot of conversations happening to do with inclusivity, diversity and gender and racial equality,” Sara explains. “And that kind of led to this idea of ‘masquerade’: how you present yourself in different ways depending on the situation, but really, you just want people to live how they want to live. It’s a song we’re really very proud of.”

The stunning video for track was shot in Puglia, Italy by Harvey B Brown.

Sara Dallin and Keren Woodward are marking 40 years of Bananarama in the best possible way: with an excellent new album, also entitled ‘Masquerade’, and a string of exciting live shows with more surprises throughout the next year.  The album is released on 22nd July in a limited edition run of blue and red vinyl as well as cassette, CD and digital formats, and is available for pre-order now here: 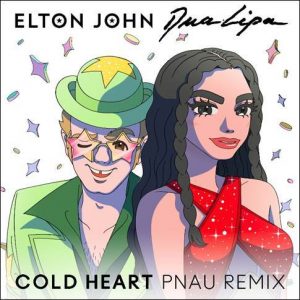 Elton John and Dua Lipa have today unveiled their new

A joyous and blissful dance cut, ‘Cold Heart’ sees two of the world’s most celebrated artists come together on record for the first time. The seed of the collaboration was planted after Dua invited Elton for an Instagram live discussing his experiences with Studio 54 ahead of her remix album ‘Club Future Nostalgia.’ A shared respect and subsequent friendship blossomed which saw Elton appear as a guest on Dua’s record breaking Studio 2054 live stream. Dua subsequently performed at The Elton John AIDS Foundation Academy Awards Viewing Party, which raised over $3 million for the Foundation. Driven by the restrictions of lockdown and a renewed passion for collaboration, Elton reached out to Dua to work on new music together remotely.

The results of those sessions certainly live up to the billing. ‘Cold Heart’ is at once instantly recognisable and yet thoroughly contemporary – a modern dance floor filler based on four of Elton’s classic tracks expertly spliced together by Australian electronic band and producers PNAU – ‘Kiss The Bride’ (originally from 1983 album Too Low For Zero), ‘Rocketman’ (from 1972’s Honky Chateau), ‘Where’s the Shoorah?’ (from 1976 double album “Blue Moves”) and ‘Sacrifice’ (from 1989’s Healing Hands). PNAU previously achieved an acclaimed UK number 1 in 2012 with the Elton Versus PNAU album ‘Good Morning to the Night’.

Elton John says: “The last 18 months have been hard, but being off the road has meant that I’ve actually had time to get back to my roots as a session player and collaborate with some wonderful artists. And having the opportunity to spend time with Dua, albeit remotely has been incredible. She’s given me so much energy. She’s a truly wonderful artist, and person, absolutely bursting with creativity and ideas. The energy she brought to ‘Cold Heart’ just blew my mind.”

Dua Lipa says: “Ever since we first “met” online, we totally clicked. Elton is such an inspirational artist and also has the naughtiest sense of humour – a perfect combination. It has been an absolute honour and privilege to collaborate on this track with him. It’s so very special, with some of my very favourite Elton John classic songs combined – I loved being part of such a creative and joyous experience. Can’t wait to hear it everywhere this summer.”

PNAU say: “Setting a stage for the two greatest performers in the world today Sir Elton John and Dua Lipa, we knew we had to go in deep, take them into our world, the psychedelic lazer black lit club. Where all of us can meet on the dance floor, forget the outside and lose ourselves in the healing waters of music and love eternal.”

The single will be accompanied by a stunning video created by Hamburg based animator and director Raman Djafari, which launches at 1pm BST today. The video sees animated versions of Elton and Dua stepping into a dynamic and euphoric world before separating as their planets drift apart. A beautifully drawn, wistful and, at times, trippy parallel to the last year and a half in lockdown, the video reaches its moving and joyous climax as the characters are reunited.

After 18 months when many artists have battened down the hatches and waited for the covid clouds to lift, Elton and Dua have continued to push boundaries and defy any expectations. And with the release of ‘Cold Heart (PNAU Remix)’ the world has the perfect optimistic and joyous summer anthem to usher back the good times. 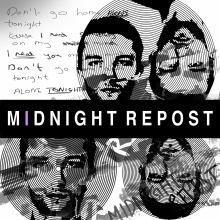 Midnight Repost is the alias used by the singer and songwriter Liam Wright, who writes the lyrics as well as performing and programming all the instruments himself.

The debut single, “On My Mind”, immediately blasts you with nostalgia in its opening seconds, with a production reminiscent of the 80s era of pop music, the hooky melodies fly above a driving and unrelenting rhythm section that propels the arrangement forwards.

The glittery and cheerful facade of the music hides a more lonely and dissonant message in the lyrics of an individual that lusts for a life where they are desired and no longer feel alone.

Liam started his musical journey at age 14 writing music and playing drums in a grunge band, then moving on to composing film music at 16, and finally to his latest project, Midnight Repost. He has a deep understanding of musical theory after studying it since he was a young teenager, eventually ending up at the California State University in Long Beach where he studied jazz theory.

“On My Mind” is Liam’s first ever official single to be released with his own vocals on the record. It illustrates the future of Midnight Repost as an artist, using a refined 80s-influenced sound to carry messages that may not be all that they seem at a glance. 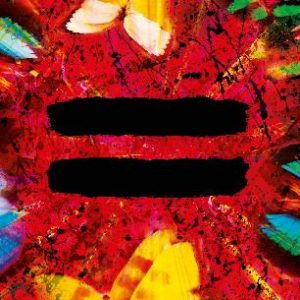 Ed Sheeran has announced details of his new album ‘=’ (Equals), confirmed for release on 29th October through Asylum Records (pre-order). To coincide with today’s album news, Ed has dropped his emotionally charged track ‘Visiting Hours’ [that’ll feature on the album] alongside a performance video (watch here). 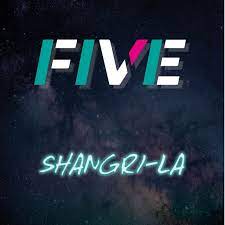 The band who are back on the road across the UK decided that they would only do new music, if they had they time to do it properly.

Ritchie, Scott and Sean used the lockdown to work on the new music, which Sean says “really helped turn a negative in to a positive”.

eanwhile ‘Shangri-La’ offers a glimpse into what the new album will sound like.

‘The reception to the new material has been fantastic, we wanted to bridge the gap between the old and new’ – says Scott.

The band who have sold over twenty million reco

rds – wrote and produced the album due in Winter – over the past year in between home schooling and baking banana bread.

“We have lots of great songs, and we feel incredibly proud we are able to give the fans what they have waited so patiently for two decades” says Ritchie.

Five are squeezing in rehearsals for this Autumn’s ‘Boys Are Back Tour’ in between playing festivals across the UK. 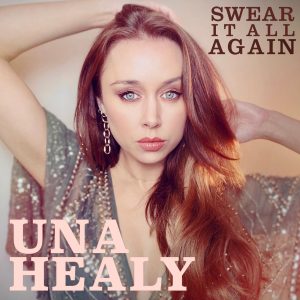 Una Healy is set to return to the charts and airwaves with the release of her brilliant new track Swear It All Again. The song is available to stream and download on all major digital partners from March 4th.

Una shows off her effortless vocals on Swear It All Again, an effervescent slice of modern country pop. The track was co-written by Una and Rachel Furner (Little Mix, Ward Thomas, Craig David) and produced by Fred Abbott (Tom Chaplin, Charlotte OC). Swear It All Again is the follow up to last year’s release Until You, which hit #1 on the UK country download chart and was a top 5 hit in Ireland. The single sees the Irish singer-songwriter move into her most contemporary lane yet while echoing up-tempo classics from her inspirations Sheryl Crow and Carrie Underwood. Speaking of the track, Una says “Swear It All Again is all about the mistakes you make when you let your heart win over your mind.  It’s about those relationships you keep going back to when you know they’re wrong. I’ve certainly been there – sometimes you need to be disappointed and have your heart broken a few times before you accept it’s time to move on.” 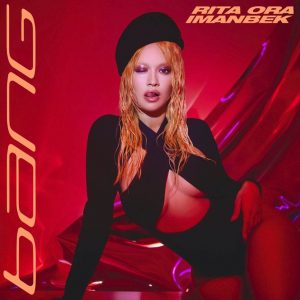 Rita Ora is an international critically acclaimed singer-songwriter with four #1 UK singles and holds the record for the most Top 10 singles for a British female artist in the UK in history with a total of 13. Her latest album Phoenix has amassed over 3.7 billion streams worldwide, spawned 3 platinum singles and includes “Lonely Together,” her collaboration with Avicii which won Best Dance VMA at the 2018 MTV Video Music Awards. In addition, her debut album, Ora, premiered at #1 on the UK charts and was certified platinum. 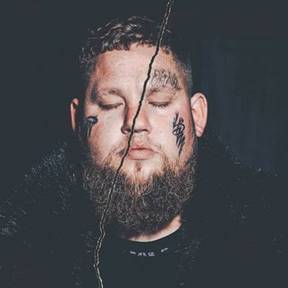 Rag‘n’Bone Man returns three years after his ground breaking, award winning debut, ‘Human’, with a renewed sense of purpose, on a sparkling new album, full of heart and soul. ‘Life By Misadventure’ is an incredible collection of emotional songs to touch us when we need it most.

First single ‘All You Ever Wanted’ is propelled by choppy rhythm guitars and a restlessness we’re all currently feeling. “I’d felt sad looking around Brighton and London where I grew up…remembering all those cool places that aren’t there anymore,” Rory Graham, aka Rag‘n’Bone Man, says. 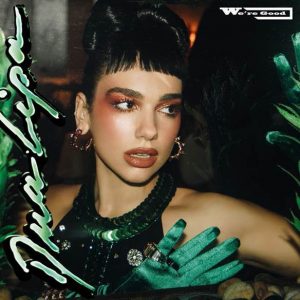 Dua Lipa releases her new single ‘We’re Good’; dropping the tempo the track is a sensual tale of two lovers needing to go their separate ways. Produced by Sly this slow groove track is taken from ‘Future Nostalgia – The Moonlight Edition, which also includes the hit singles ‘Don’t Start Now’, ‘Physical’, ‘Break My Heart’ and ‘Levitating’ 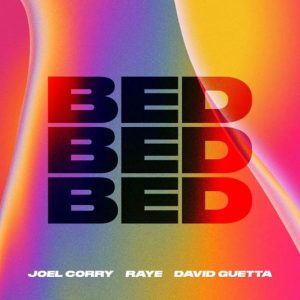 BED’ sees Joel join forces with RAYE and legendary dance producer, David Guetta, on a track written to capture the feelings of longing experienced by so many during the past 12 months. 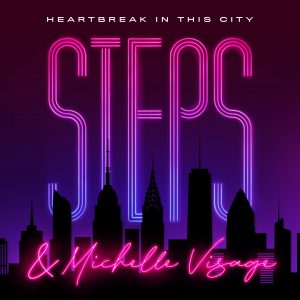 Pop legends Steps are set to release a very special version of their track Heartbreak In This City featuring Primetime Emmy Award winner Michelle Visage. The remix version with Michelle is their fourth single to be taken from their #2 charting album What The Future Holds and is out on Thursday 25th February.

Heartbreak In This City has been the clear fan favourite from latest album What The Future Holds and sees the band reunite with writer Karl Twigg (responsible for their hits ‘One For Sorrow’, ‘Deeper Shade of Blue’ and ‘Stomp’) for the first time in nearly a decade. This brand-new single mix of Steps Heartbreak In This City features the legendary Michelle Visage